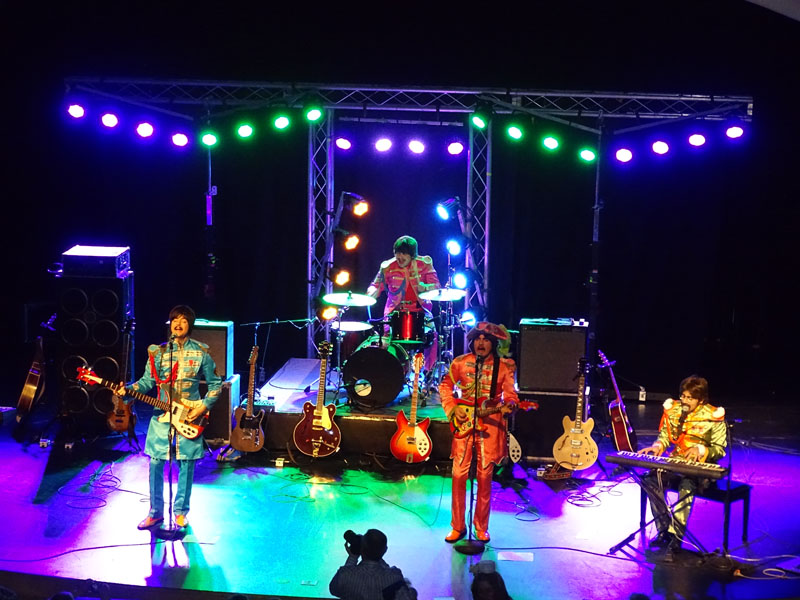 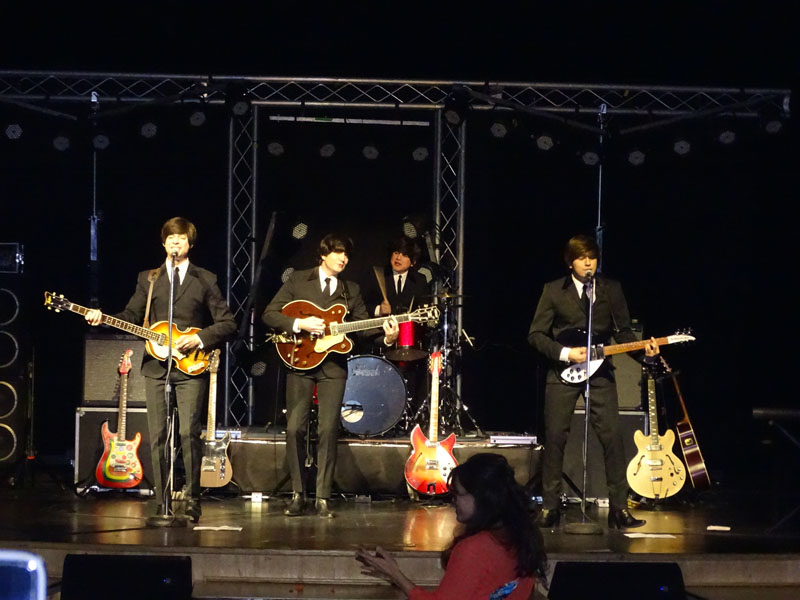 A special thank you to our very own Ken Symanski for his hilarious parody of Ed Sullivan.

When the principals involved with Britain’s Finest were gestating the concept of what was to become “The John, Paul, George & Ringo Story”, one thing was clear: they wanted it to be different! The great music of the Beatles catalog was still to be the star of the show but the band/cast members wanted to present it in a fresh and original way that hadn’t been seen before.

Music director Brent Meyer was brought in to help with the production and technical aspects of accurately recreating the sonics of the Beatles records as convincingly as possible. In doing the first series of recordings to showcase the group’s talents, Brent left no stone unturned in terms of research. Every detail of the Beatles recording process was re-enacted as accurately as possible, down to the tea towels on the Ludwig drumkit to create the authentic damped “thud” sound of the tom drums. The band was already quite well-versed in Beatles recording lore and knew generally which guitar was used on which song to match the tones more precisely.

Adding to that detail, Brent worked to source the original sounds besides guitars and drums used elsewhere in the Beatles canon. Samples of the same model of Lowery electric organ Lennon used on “Lucy in The Sky With Diamonds” were employed to reproduce that signature sound, along with the original and iconic Mellotron Mark II flutes the Beatles used on “Strawberry Fields”. Fireman bells on Penny Lane, Indian instruments such as real tambouras, harmoniums, swarmandal, etc were also recorded/sampled and the list goes on and on.

Meyer also worked on orchestral arrangements to create the epic scale symphonic textures George Martin introduced to such great effect. Studio gadgets and effects used (oftentimes INVENTED) by Beatles engineers Geoff Emerick, Phil McDonald and Ken Scott were also introduced to the live show to further enhance the aural illusion. Fortunately, technology has recently made possible what would have been logistically impossible, even for the Beatles with their unlimited resources all those years ago.

Ultimately, all of this painstaking labor of love is supposed to be transparent and the audience is supposed to notice only the four performers on stage, bringing the most revered music of the Twentieth Century to you LIVE, as you wish you could’ve heard it.